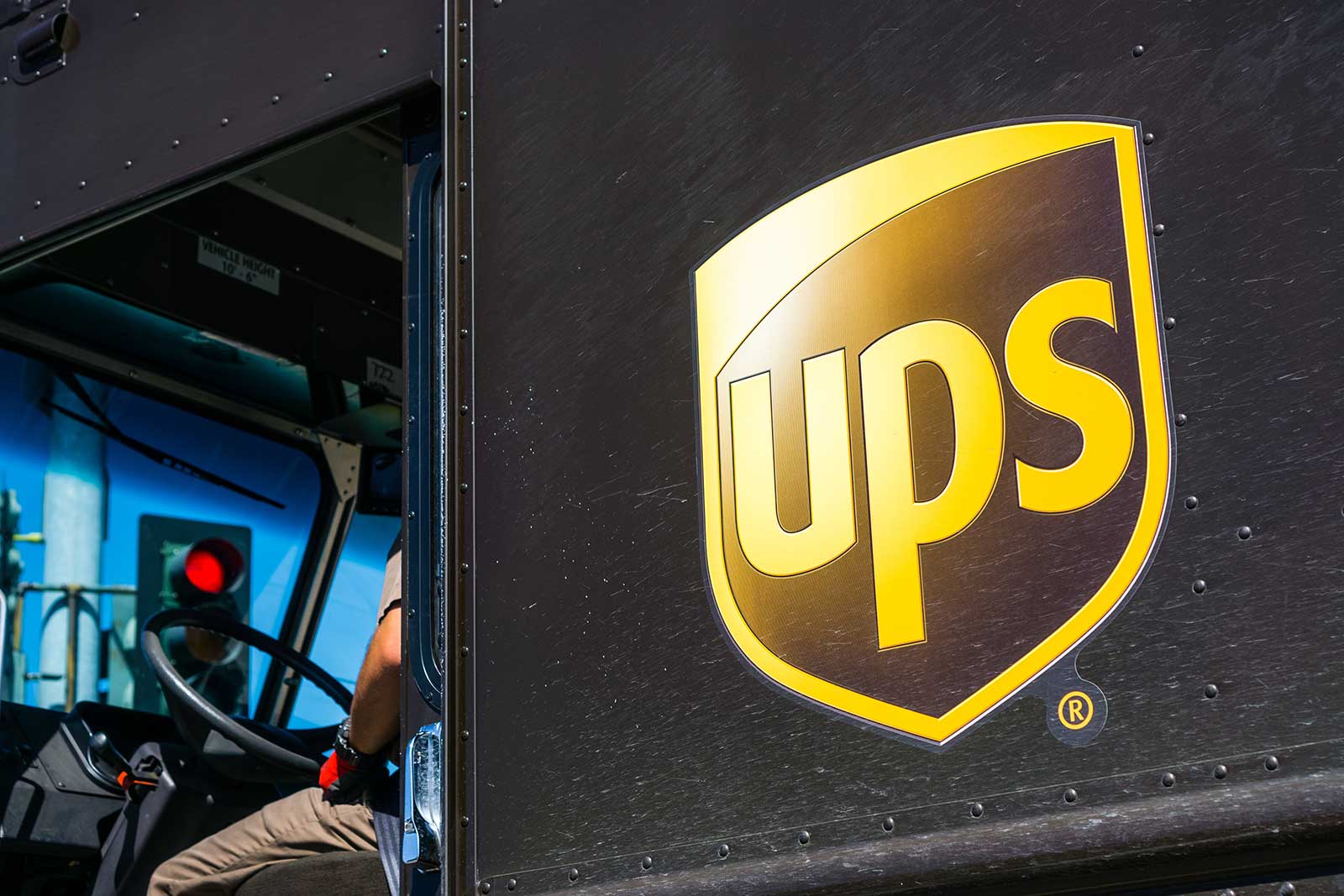 UPS announced on August 16 that there will be no Residential Peak Surcharge during the 2019 holiday season, now spanning October 1 through January 4.

While that might sound like a welcome reprieve to shippers engaged in a constant fight against rising costs, it’s safe to say UPS buried the lede.

Bulkier shipments are going to cost more – a lot more – due to Peak Surcharges.

Packages UPS says need Additional Handling or that it considers Large or “Over Maximum” could cost almost twice as much as they did last year, with occurrences of the latter beginning almost two full months before Thanksgiving.

And while shedding the Residential Peak Surcharge could generate savings when measured against packages shipped to residential destinations during the same period last year, it’s important to remember that last years’ additional residential charges were minor in comparison to the others and that FedEx, UPS’s top competitor, didn’t impose them to begin with.

“What’s concerning is the timeline. UPS is effectively redefining the peak season by implementing charges on October 1. That might not seem like a big deal to companies that don’t ship large or oversize packages, but usually a move like this is the first step in establishing new norms for future increases.”

The Peak Surcharge for Additional Handling will jump to $3.60, a 14.3% increase over 2018, and impact packages shipped between November 24 and January 4.

UPS’s Peak Surcharge for Large Package Surcharge will increase 20% to $31.45 and the charge for Over Maximum Limits shipments will go up 51.5% to $250.00 Both charges will begin affecting package shipped October 1 through January 4. (For more on each Peak Surcharge refer to the charts at the bottom of this article.)

The trend of charging shippers more during the holidays started in 2017 and has unsurprisingly surged since. It’s understandable that carriers facing pressure to improve on-time performance during the busy season would look for ways to deter shippers from waiting until the last minute. What’s harder for shippers to come to terms with is why they are penalized for shipping the same products they do throughout the year, especially when many of those packages are already assessed additional fees based on dimension.

Within its announcement, UPS CEO David Abney touted the company’s enhanced operating efficiency. UPS added 20 additional aircraft during 2018 and 2019 and more than 700,000 additional packages per hour of automated sortation capacity in its new Super Hubs and updated processing and delivery facilities, the company said.

“We hear a lot about capacity and efficiency improvements whenever the carrier reps come to meet with us,” said one retail executive who requested to remain anonymous. “It’s a big selling point for them. Any time we shift the conversation toward price, they want to point back at the investments they’re making to improve efficiency.

“I’m not sure they realize that we aren’t shareholders. We’re customers. When you increase your rates every single year, it means that we’re paying for your enhancements. We’re paying for you to invest in ways to make more money. It’s hard to see how those investments equate to more value for our customers.” 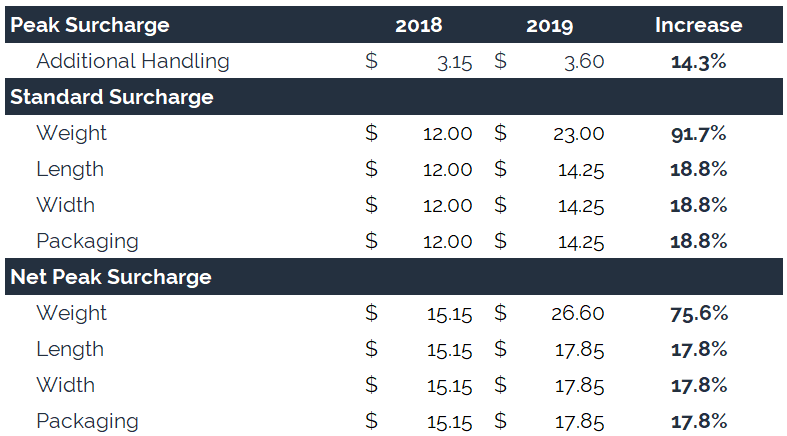 UPS reserves the right to assess an Additional Handling Charge for a package it says requires special handling, according to it’s latest Rate and Service Guide. This is generally determined by one of the following: 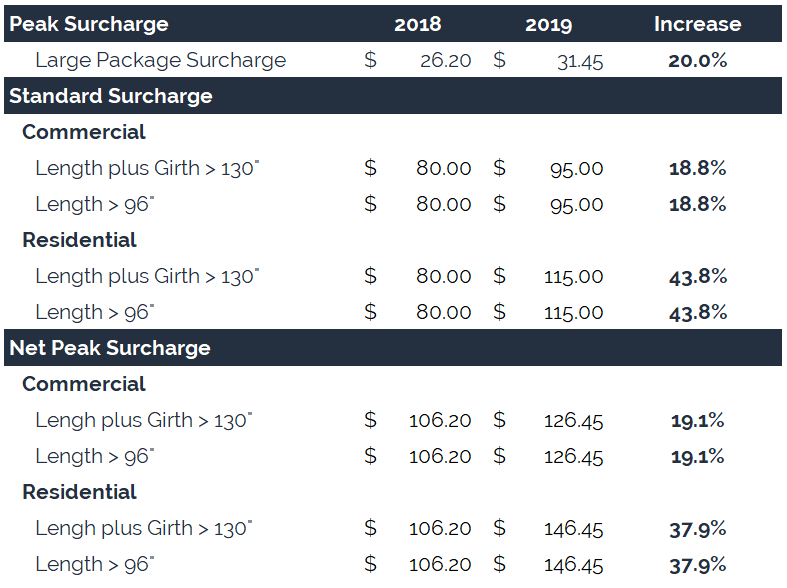 UPS assess a Large Package Surcharge when the longest side of the package exceeds 96 inches or its longest side and girth [(2 x width) + (2 x height)} combine to exceed 130 inches. Non-freight shipments are subject to a minimum billable weight of 90 pounds, regardless of the actual or dimensional weight of the package.

Packages will never receive an Additional Handling charge in addition to a Large Package Surcharge.

UPS deems packages with an actual weight of more than 150 pounds, or that exceed 108 inches in length, or exceed a total of 165 inches in length plus girth ineligible for transportation in their parcel network. As such, shippers face steep surcharges when tendering such shipments; as much as $1,100 in addition to all other shipping charges associated with the package. 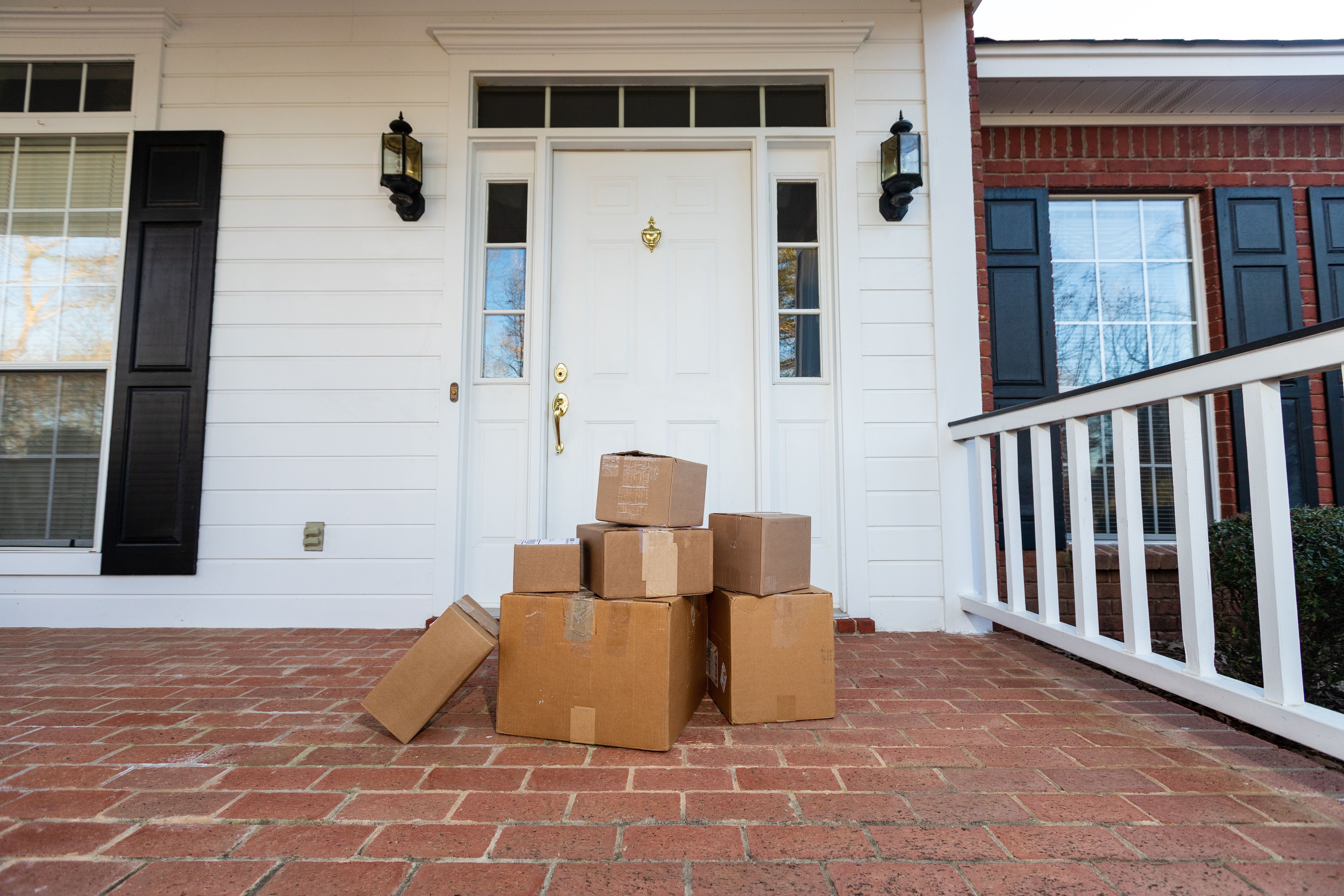 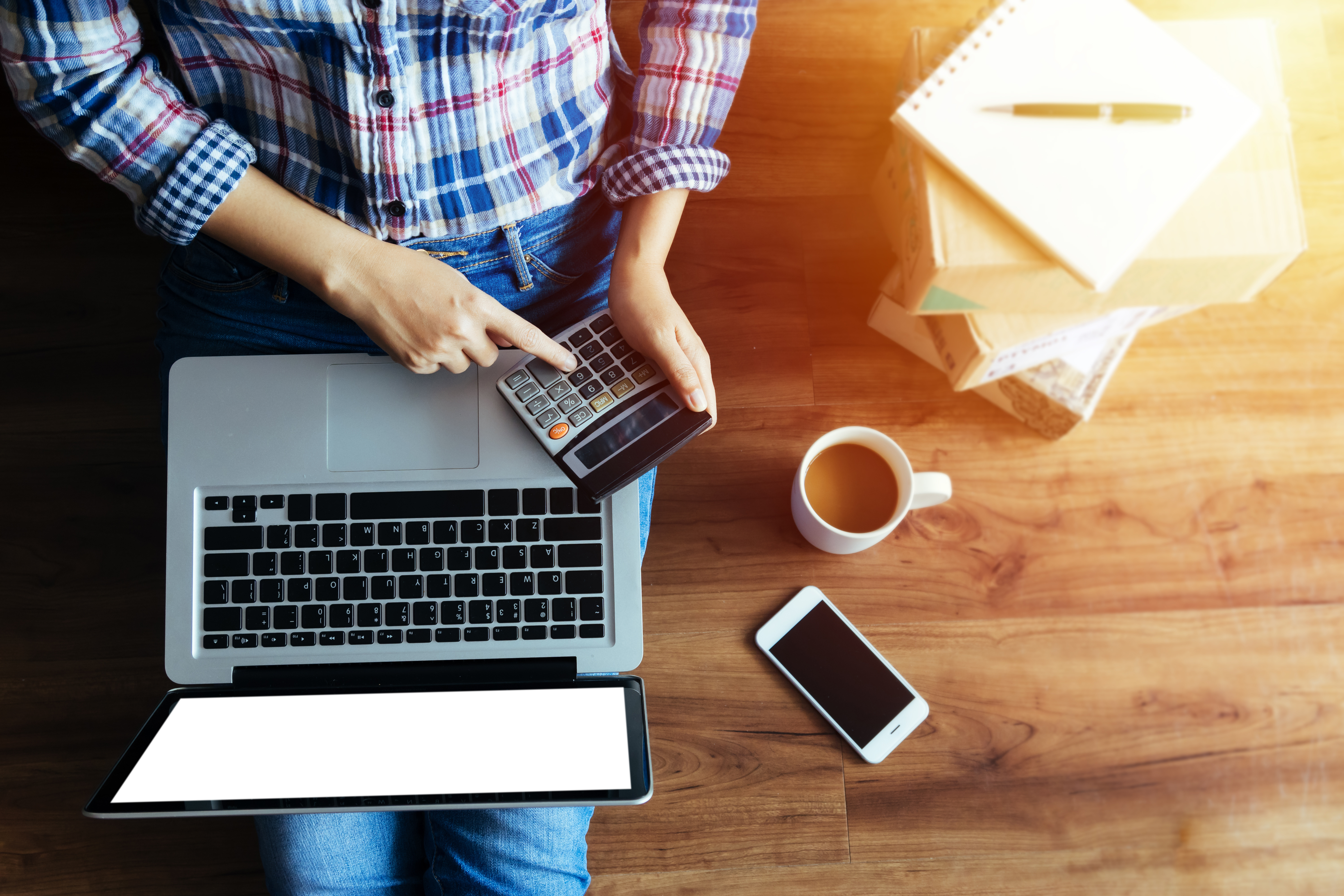 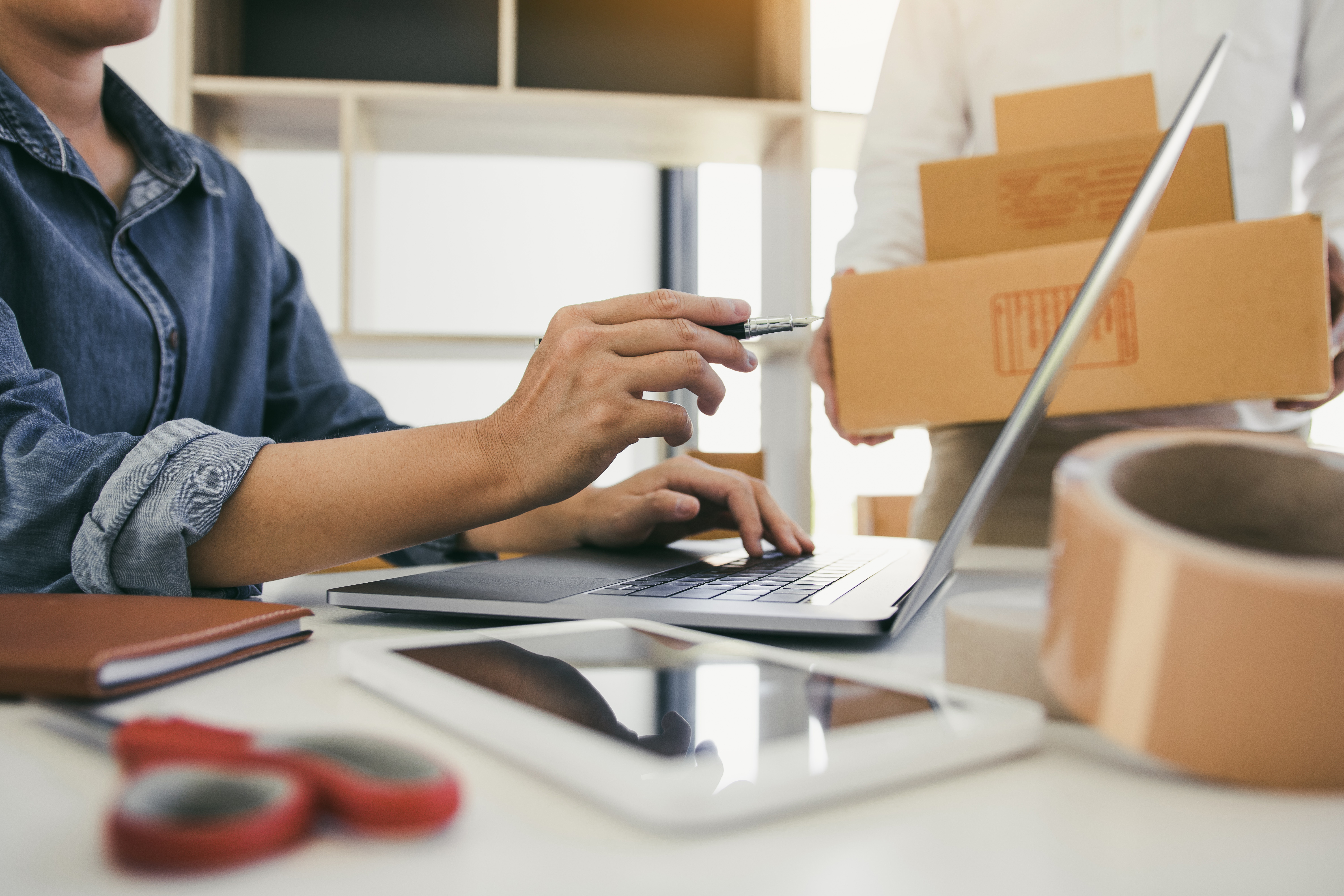 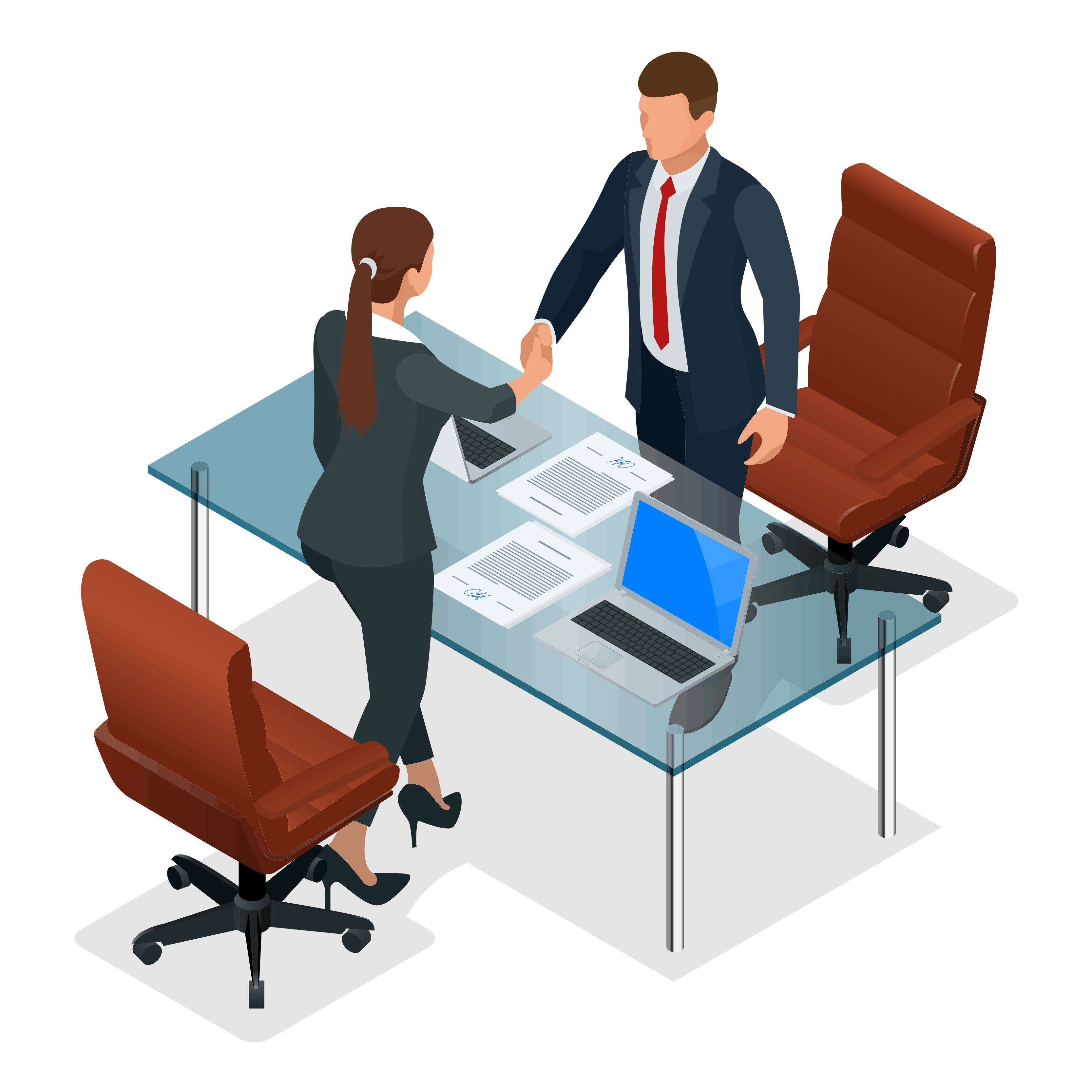